skip to main | skip to sidebar
On the 8th of October 2004, a 27 year-old Australian tourist, Schapelle Corby, was arrested at Bali Airport when 9 pounds of marijuana was discovered in her luggage.

Normally, such a case would result in an automatic conviction and Schapelle was convicted to spend 20 years in Indonesia’s notorious Kerobokan prison.

However, what happened prior to and during her trial proves beyond any doubt that she was innocent and that she fell victim to global politics.

Why Schapelle is Innocent

Schapelle Corby wasn't just innocent she was remarkably innocent and what was done to her by our government and their corporate media partners can be done to any of us.

If you wish to help, our main chat forum is:
"Free Schapelle support Forum"

Help us grow by downloading our toolbar with all the links and more:
"The Bring her Home Toolbar"

The smear campaign is not the work of disbelieving journalists, suspicious police and other academics and public servants. It is a relentless attack co-ordinated from the highest levels of government.

In order to convince people that Schapelle is innocent we threaten the illusion that Indonesia is a democracy and that the 250 million Muslims who live in Indonesia have access to a fair and just legal system. We must decide how many innocents should be sacrificed on the altar of expediency before we become like the dictatorships we are supporting.

If the world could unite to save this one innocent woman it would be a positive step towards saving ourselves.

IMAGE OF A FAIR TRIAL? 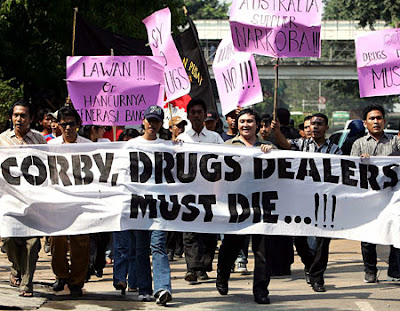 The people of Indonesia rarely protest anything. They didn't protest to end corruption, to end military rule or even to end the frequent human rights abuses. On the rare occasions when people have, the protesters were shot. So, when we see young men of a military age such as these marching down the streets of Jakarta towards the Australian Embassy with signs that read "Australia not interfere" we are not seeing 'people power'. We are hearing the 'voice of the regime' - the Indonesian government.

This Indonesian Government march occurred while Schapelle was on trial. They weren't interested in finding other culprits. They didn't care if they had the wrong culprit. The picture says it all.
Posted by DJ Wolf at 11:29 PM 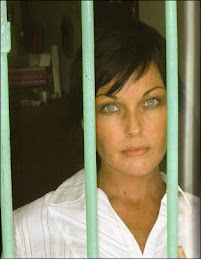 Innocent and framed and left in an Indonesian prison rather than upset global politics.

Schapelle and her traveling companions. 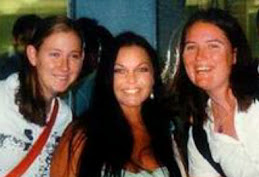 Schapelle (middle) and two friends at Brisbane airport after she had checked in her luggage.
The above photo says it all. According to the guilty verdict it was taken after the marijuana had been sent on it's way minutes before Schapelle boarded her flight. There is no fear, no concern, no paranoia or even quiet contemplation. Nothing will convince me that this is a picture of a drug runner playing Russian roulette. 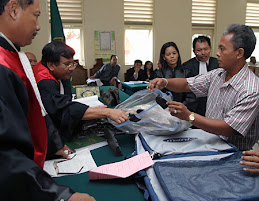 As Schapelle's lawyers, Lily Lubis and Erwin Siregar (center right looking on) were appealing for the inner plastic bag to be fingerprinted Judge Sirait asked to see the drugs and deliberately contaminated the evidence further.

Marijuana at the Airport 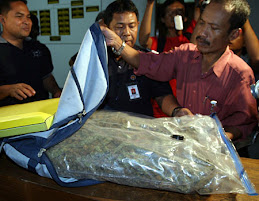 It didn't take long for the media to arrive at the airport. No one is wearing gloves. 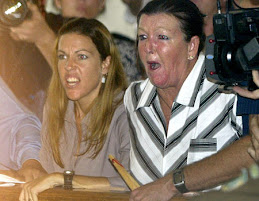 If this picture of Schapelle's sister and mother is unflattering it's understandable. Schapelle would be caged in a third world prison for 20 years where life expectancy is 10 years. This was a day of shame.

DJ Wolf
I am a person who is very concerned about how the media is being used to destroy democracy. How can there be a democracy if a handful of media owners can manipulate what the majority think?